Frustrated with his usual bucolic paintings, Wainwright cannot escape the hold that a vision of what he dubs the “cosmic egg” has on him. This jewel-encrusted orb glitters and hovers just out of reach from him before disappearing, leaving him to believe that it foreshadows a breakthrough in his work. When Jamie Helmsworth, his friend and art dealer, shows him an unsigned painting of the same image, Wainwright sets out to find the artist, with whom he feels a connection. [Read more . . .]

An Interview With Mary Martin about Night Crossing

Hosted by Simon Barrett on blogtalkradio

She calls Toronto, Ontario home and started writing books about 10 years ago following many years experience in the legal profession. It should come as no surprise that her first three books The Osgood Trilogy are legal thrillers. Writers tend, for good reason, to write about subjects they are familiar with. The Remembrance Trilogy is a very different set of novels set in the art world. At front and center is Alexander Wainwright, a British landscape painter and winner of the renowned Turner Prize. Another character who makes appearances in the series is Rinaldo a conceptual artist who is more foe than friend.

I am always interested in how an author  develops a fictional character, it actually is quite an involved process. Rarely is one truly fictional, rather he or she is a melange of actual people. That is certainly the case in The Remembrance Trilogy.

I won’t spoil he surprise of who Alexander Wainwright and Rinaldo are, I will leave that for you to discover by listening to the recording of the interview which can be found here.

When I planned the schedule of blogs with my intention of posting this review Friday, August 15, I had not considered that Night Crossing is a book with a spirit and purpose its own. There are questions being asked that will arrest progress through its chapters, capturing thought and time.
When you drink wine, do you gulp it down; racing to the bottom of your glass? Do you savor it; holding it in your mouth; flicking it with your tongue; allowing yourself the pleasures of experiencing its texture, the changing flavors as it rolls over your taste buds, splashing against your palate. Night Crossing is a story that, like pleasing wine, deserves to be savored. [Read more . . .]

Night Crossing: Third in the Trilogy of Remembrance

A review by Jim Allen, for Foreword Reviews

A painter spurred on by visions stumbles through life in a novel that offers something for everybody: art, romance, philosophizing, unexpected adventure, and beautiful prose. In Night Crossing, the final book in the Trilogy of Remembrance, Mary E. Martin paints an enthralling picture of dualities: reality versus illusion, art versus life, love versus work, and free will versus serendipity.
Spurred on by visions of an oval symbolizing the strength and connectedness of all life, British landscape painter Alex Wainwright feels compelled to go wherever his dreams of what he calls “the cosmic egg” lead him. Meanwhile, Alex’s girlfriend, public relations guru Daphne, and his friend-cum-enemy, provocative performance artist Rinaldo [Read more . . .]

Can You Find Your Light?

Within the soul of Alexander Wainwright lives a passion, a light so strong that is guides his hands and movements as he draws his paintbrush across the open canvas to create images that will come alive. Rage, frustration, memories of the past and a special light that emanates from every picture or drawing is more than just his trademark, it’s Alexander. Visions come into play and what he sees often guides his mood, his work and his passion as the sight of something special, unique and rare comes into focus as he tosses the pallet of paints against his canvas and the end result is magical. A cosmic egg so vibrant, filled with colors and a light so strong shines for seconds and then disappears. What could this mean as he hides the picture of the farmer whom he dared to awaken in the middle of the night, tosses the red paint and what’s left looks like a bloody massacre. Night Crossing: Mary Martin: this is just the beginning. [Read more. . .]

A review by: Glenda Bixler of Book Reader’s Heaven

After two such intriguing books, The Drawing Lesson and The Fate of Pryde, (Click over for my reviews if you haven’t read), I was almost prepared for what happens in the final book.What I didn’t expect, however, was that the last book brought the total Trilogy into such an illuminating and, yes, I have to say, inspirational conclusion. 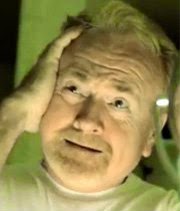 While readers met Rinaldo, a jealous artist and Pryde, a deceiving patron of the arts in the first two novels, the third brings, you might say, the fate of Wainwright into his own special light…

Do you believe in fate–or. what I call God Incidents? Could this story have ever been true in this world? I don’t know, but I like to think so…. The key thing is that, for Alex, he had always been looking for, and open to his light. I’ve had moments of being open to it…but never really chose to constantly be aware–to search for it… Perhaps there is still time for all of us… [Read more. . . ]

Atlantica: The Classic Theme for WordPress
Now upgraded for WP 3.6!

Meet the Characters of The Trilogy of Remembrance

Listen to the first chapter of The Fate of Pryde and a clip of Mary E. Martin reading a sample from near the end of The Drawing Lesson.

Sometimes a little short story can grow into a novel or even a trilogy of novels. If you have a character who just keeps growing. Three of the stories below have morphed into novels.